Spicely Organic Spices. Certified Gluten-Free. USDA Organic. Our Organic Cayenne Pepper is ideal for adding warmth to braises, curries, and stews. It is made from the celebrated red cayenne peppers carefully harvested at the peak of their freshness, sun-dried to preserve their pungent flavors, and then ground into a fine powder. Using at HomeOur gluten free cayenne pepper is like having a little jar of deliciously spicy fire powder that you can add to any dish to amp up the heat. The spiciness of the pepper can help open the palate and enhance the natural flavors of the dish it’s incorporated in. Some traditional uses include adding it to braises, curries, stews, or, of course, your next pot of chili. The intense flavor profile also compliments the charring effect that grilling has on meats and veggies. It works as a great rub or an addition to your favorite hamburger mix. Try dusting corn on the cob before grilling. If you’re really a flavor-adventurer try using the spice to incorporate subtle notes of heat in certain desserts. Generally, this works best with those that are relatively rich such as cheesecake or creme brulee. HealthCayenne peppers boast an impressive profile of different vitamins such as A, E, and C along with potassium. The pepper contains a compound known as capsaicin, which is generally associated with spicy foods and is able to speed up the metabolism. It has been associated with a long range of benefits from health issues (high blood pressure, pain relief, weight loss) to increasing energy. It is used in many traditional cultures to help aid in digestion. BenefitsOur fine cayenne powder is minimally processed without the use of any synthetic chemicals. It has been claimed to have aphrodisiac properties. Our all-natural cayenne powder comes from a pepper species closely related to many common peppers, such as bell, and ranks around 30,000-50,000 Scoville units (a measure of spicy heat). This puts its heat slightly above jalapeo and well below habanero peppers. HistoryThe spice has been used for centuries all around the world to add intense flavors and aromatic qualities to a range of savory dishes. Cayenne peppers are part of the capsicum genus of plants, which archaeological evidence suggests to be one of the oldest foods cultivated and consumed by humans in the early America’s. This century old use continued to be prevalent in the cuisine of more modern Latin America. Early explorers to the region found it to be nearly as popular as maize (corn) in the diets of the indigenous people. The name for this particular pepper comes from its believed origin of Cayenne, New Guiana, though the ability of these plants to travel and adapt so well makes it difficult to determine their exact origins.

Shop Direct At This Fine Retailer 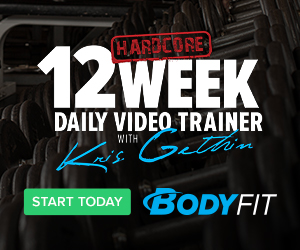